Experience The Island Of Ireland With These 6 Movies

The island of Ireland is an untamed place of unrivaled beauty, towering mountains, rugged cliffs, and impressive terrain. With its historic stately homes, ancient castles, monastic ruins, miles of coastline, and green lush landscapes, it is easy to see why Ireland is a natural choice for filmmakers in the movie industry. If you had a trip to Ireland planned or have always wanted to vist, we have compiled a list of movies that will allow you to be transported to the island of Ireland this month, from the comfort of your own home. 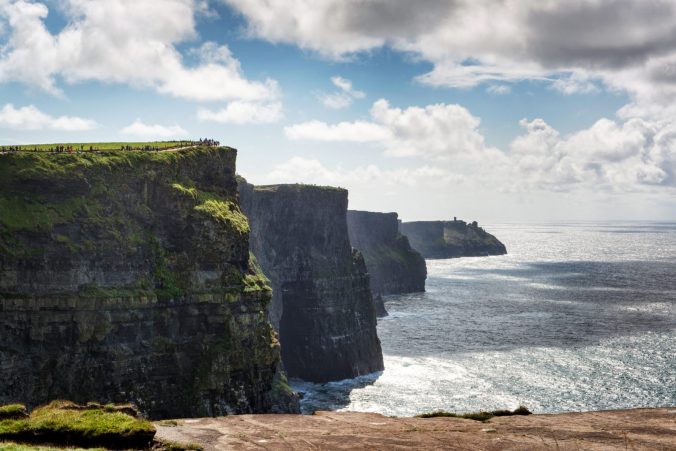 The list had to begin with Game of Thrones. The record-breaking HBO series was filmed at 49 Northern Ireland locations in total from 2010 to 2018. Some of the series’ most pivotal scenes found their real-world settings here, including Winterfell, the home of House Stark, and the Dark Hedges in Ballymoney for King’s Road.  For the final season, the epic battle sequence was filmed over 55 nights straight in the villages of Toome and Magheramore.  When watching those beautifully eerie castle scenes, remember, much of it was shot (with special effects) at Belfast City’s Titanic Quarter. 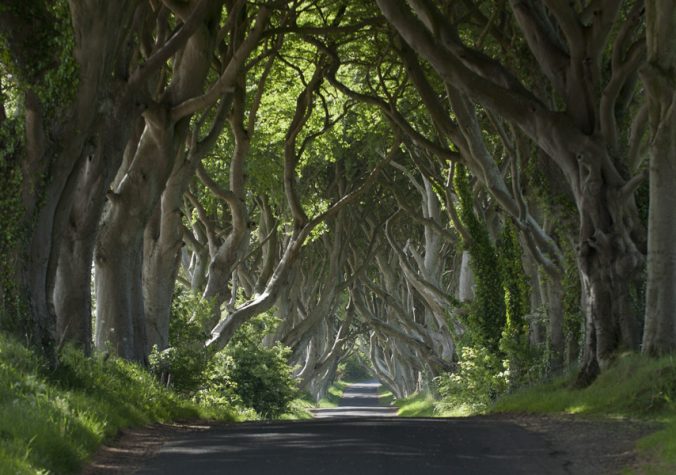 Harry Potter and the Half-Blood Prince

Know where to find a magical horcrux? Not the wizarding world of Harry Potter, but Ireland. That’s right. Movie number six from the hit film series saw Harry Potter and Dumbledore battling with evil on a dramatic cliff face – and those cliffs are one of the most visited places in all of Ireland; the Cliffs of Moher in County Clare. The next scene also saw the pair standing on a rock – Lemon Rock in county Kerry to be precise.

Romantics will remember the lush green landscapes shown in P.S. I Love You. Though the film itself is a deeply emotional story of love, grief and loss, it inspired many viewers to fall head over heels in love with Ireland’s landscape. Much of the hit movie was shot on location in County Wicklow and Dublin.  The gorgeous spot where Holly and Gerry (Hilary Swank and Gerard Butler) meet is the Sally Gap in Wicklow Mountains National Park. The Blessington Lakes also feature in a memorable moment in the film, when Holly and her friends lose the oars to their boat.

The two most recent Star Wars films, The Force Awakens and The Last Jedi, each spent significant time filming in Ireland – the perfect setting for “a long time ago in a galaxy far, far away.”  The most prominent filming location, which first captivated audiences around the world at the end of The Force Awakens as Ahch-To, was Skellig Michael: a rocky outcrop off the coast of County Kerry, abandoned in the 12th century, and a UNESCO World Heritage Site today. Other Star Wars filming locations include Malin Head in county Donegal, Loop Head in county Clare, Ceann Sibéal (Sibyl’s Head) on the Dingle Peninsula in county Kerry, and Brow Head in county Cork. 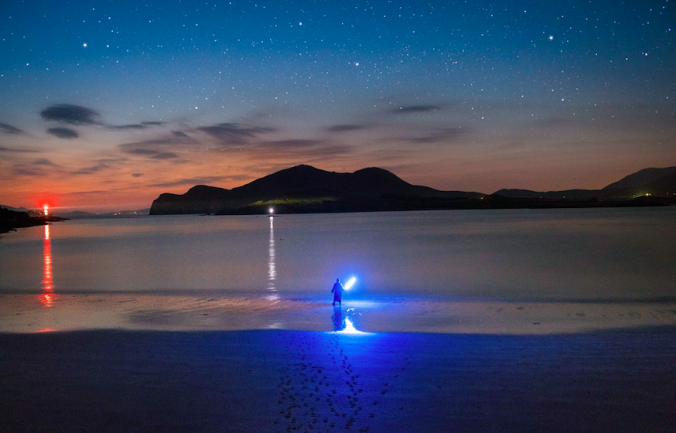 Another cult classic, the 1995 film was filmed in counties Meath, Dublin, Kildare, and Wicklow in the Republic of Ireland. Ireland’s largest surviving Norman Castle, Trim Castle in County Meath, served as the setting for York. The Curragh, the stunning open plains of county Kildare, were used to film the Battle of Stirling Bridge. Fearless William Wallace escapes on horseback through the land surrounding the Blessington Lakes, and Robert the Bruce’s stronghold of Edinburgh Castle is actually Dunsoghly Castle in Fingal, just an hour outside of Dublin City.

An ‘oldie but goldie’ 1987 cult fantasy classic, The Princess Bride features the revered Cliffs of Moher, referred to as ‘Cliffs of Insanity’ in the movie. In fact, it was the first major film to introduce the landmark to the world, making the Cliffs of Moher the popular tourist destination it is today. 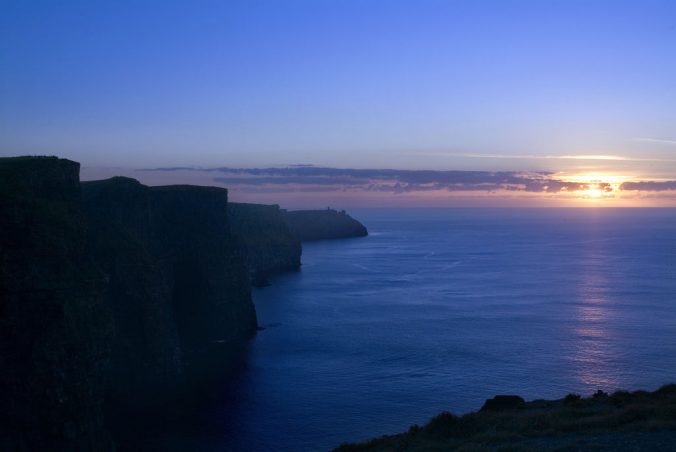 Having worked in the media industry for over 13 years, Rhiannon has directed and developed various magazines and online portals, in addition to planning and organising events around the media she has managed. In her own words Rhiannon says she is a “self-professed” philocalist, and sees beauty in many things. She enjoys creating beautiful events, a beautiful home and loves a good wedding!  Rhiannon first came up with the idea behind www.homeclubme.com when she moved into her new marital home, and had a barrage of questions, queries and a desire to find regular inspiration and ideas, tips and service providers for her home, at her own convenience. After researching the home life media market in the UAE, Rhiannon saw a gap for a modern, friendly and interactive website dedicated to all things home lifestyle in the UAE. She adds “There are elements of www.homeclubme.com that are very unique, and readers will come to see what those are, as they browse our site and become familiar with our online personality.” Rhiannon is also a Professional Speaker, Founder of BrideClubME.com, the UAE’s leading wedding inspiration website and concierge, and Bride Club ME Business, the first business consultancy of its kind in the region for wedding and event entrepreneurs.

There are no upcoming events at this time.

Any cookies that may not be particularly necessary for the website to function and is used specifically to collect user personal data via analytics, ads, other embedded contents are termed as non-necessary cookies. It is mandatory to procure user consent prior to running these cookies on your website.